A Technical Guide to Pool Lights

There are two main types of pool lights available on the market today: halogen (a form of incandescent), and LED.  Each offers its own set of benefits and drawbacks.

Halogen pool lights are actually a form of incandescent bulb. Incandescent bulbs are electrical circuits with a tungsten filament in a gas-filled (usually argon) glass enclosure. A halogen light is simply an incandescent bulb with the addition of a small amount of a halogen gas, such as iodine or bromine. The presence of the halogen gas increases the bulb’s life and operating temperature, making the bulb generally brighter than a traditional incandescent bulb of the same wattage.

LED pool lights, or light emitting diodes, are small computer chips that are designed to produce light when powered. The excited electrons emit light as they flow to the positively charged layer. 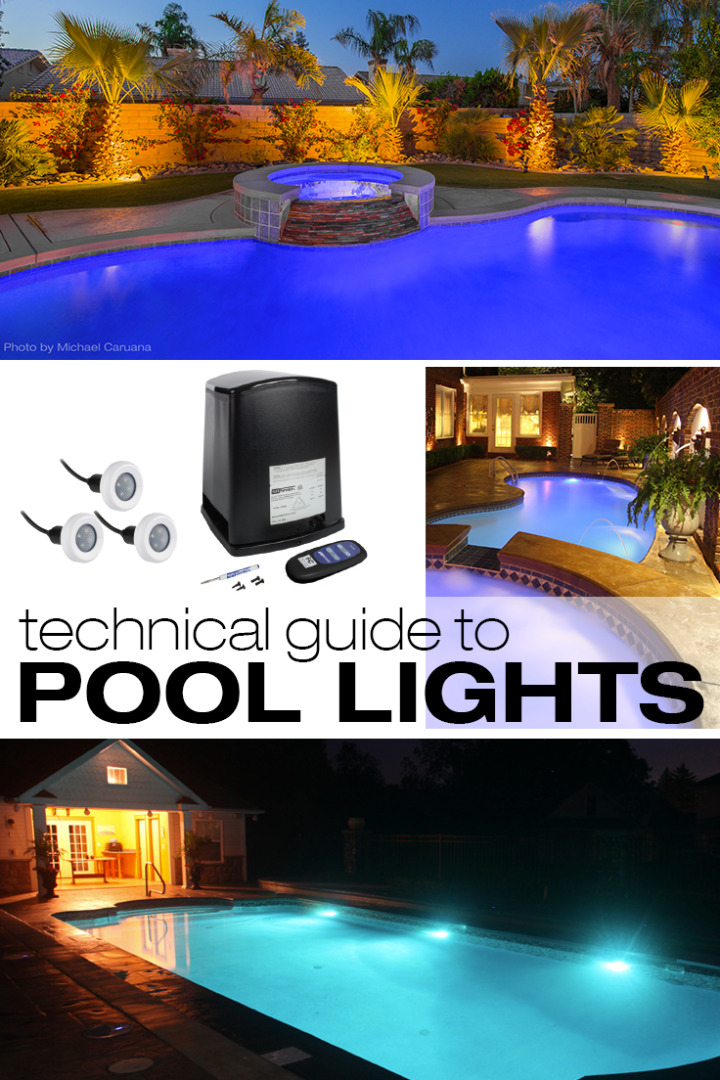 A technical guide to pool lights.

LED pool lights are up to 85% more efficient than their incandescent counterparts, meaning that they turn more of their received power in to light. The energy that is not transformed in to light is released as heat to the surrounding environment of the computer, so this also means that LED lights produce light cooler than incandescent lights.

There are two types of costs to consider in terms of pool lighting: the upfront cost of the bulb, and the ongoing cost to operate the light.

While LED light bulbs may be more expensive to purchase initially, over time the cost to power them is less.  LED pool lights also last longer (30,000+ hours, or 7-15 years) and need to be replaced less frequently than halogen versions (5,000 hours). 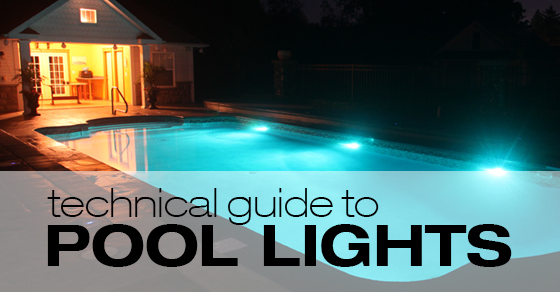 When paired with the proper control system, colored LED lights can have an unlimited color range. Everything from bright white, to "custom" colors can be selected. However, halogen lights are limited to a single color, usually white.